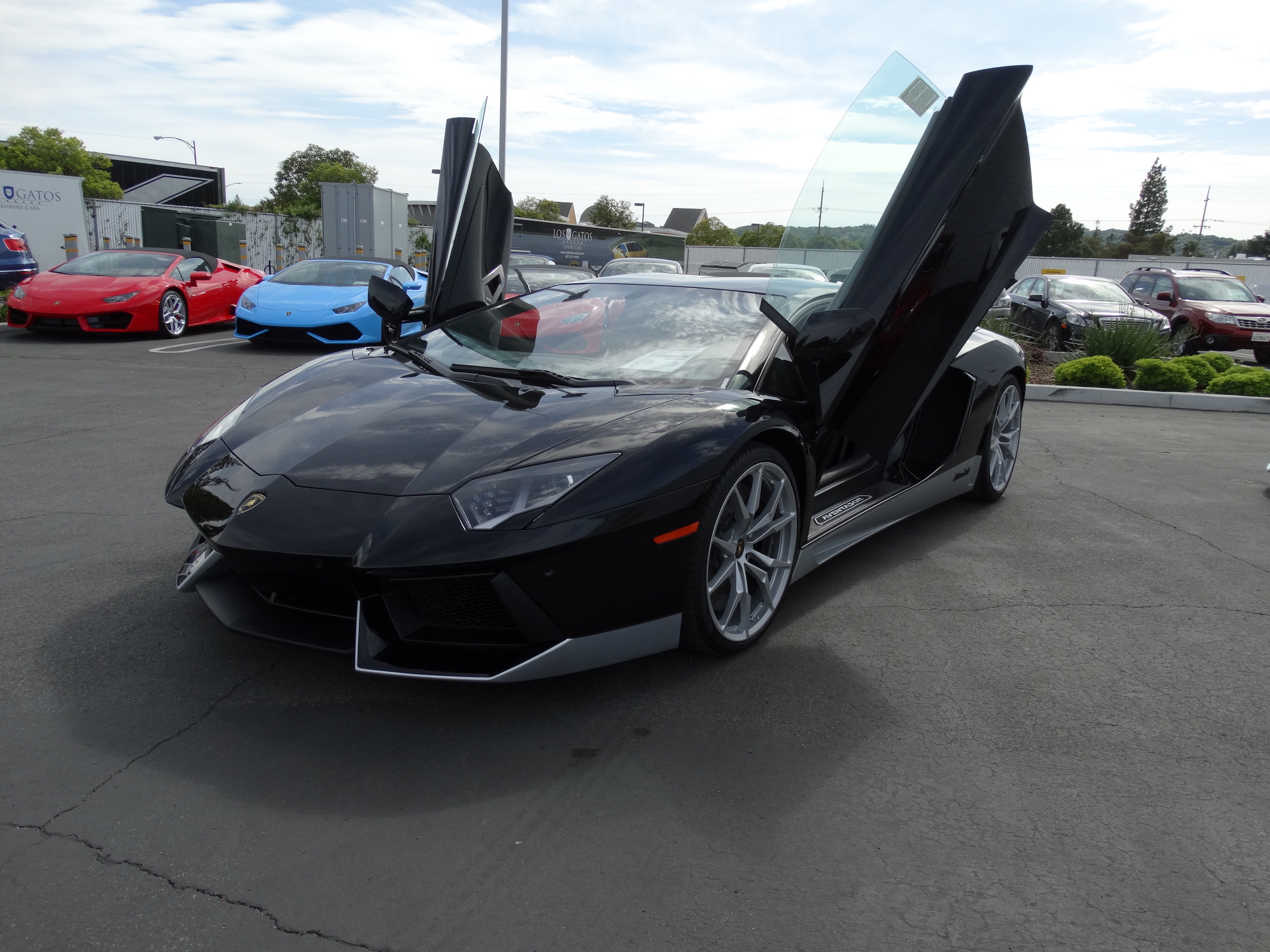 The Lamborghini Aventador is Lamborghini's major V12 Supercar to date. It looks great, it sounds great, and much more. It is super fast too. The speed is unbelieveable.

The Aventador has some important history to it. In 1966, Lamborghini’s first Major V12 Supercar was the Miura, which is what this special edition pays homage to. The car had a V12 engine producing at least 340 horsepower, and it had a 5 speed Manual transmission. In 2017, Lamborghini brings in the Miura 50 Special Edition, paying homage to the original V12 Supercar, as 2017 marks the 50th Anniversary since the Miura’s first model year. Production ended in 1973, and a total of 764 cars were built. After the Miura’s production had ended, Lamborghini started producing the successor to that car, the Countach. The Countach was the first well known Lamborghini to have the signature scissor doors, and the Contact was well known to having about 395, or even 495 horsepower from the V12. The Countach also had a 5-speed manual transmission. A total of 2049 total Countaches were made, as production had ended in 1990. Lamborghini had also had a special edition of the Countach marking their 25th Anniversary. Since production ended of the Countach, Lamborghini had released another new supercar to replace the Countach, the Diablo. The original Diablo had a 5.7 Liter V12 producing 485 horsepower. In 1993, Lamborghini had launched the Diablo VT, which was modified in terms of styling, but powertrain remained the same. In 1994, Lamborghini launched the Diablo SE30, which was limited to 150 units, 25 of which came to the Unites States. They also did a 510 horsepower Superveloce, and 200 VT Roadsters. In 1998, the Diablo had a facelift and got a power bump to 529 horsepower. The SV, limited to 100 cars, VT, and 100 limited VT roadster had the same powertrain. The GT, only 80 made, had a 6 liter V12 with 575 horsepower, and the VT 6.0 had 550. After the diablo came the Murciélago, which originally produced 572 horsepower from the 6.2 liter V12, but then got an update producing 631 horsepower, the LP640, which was made in Coupe and Roadster, all having a standard 6-spd manual or E-Gear Automated Manual. The LP670 SuperVeloce was originally limited to 350 cars, and 5 have the manual, but only 186 cars were made due to the Aventador Production having to start. The Aventador produces 691 horsepower in the LP700-4, and the LP750-4 SuperVeloce also was a limited production, to 600 coupes, and 500 roadsters, and now came the Aventador LP740-4S.

The Aventador is such an amazing car! I had the opportunity to do a full review of this car and wow it was a lot of fun. The ride was great and fun, but also its feel inside was a whole lot different than I thought. It felt a lot more real in person than even on pictures and videos.